On 24 November the reception dedicated to 50th anniversary of the death of Grand Duchess Olga Alexandrovna, a sister of Emperor Nicholas II, was organised in Moscow. The participants watched the film dedicated to Grand Duchess, listened to Russian romances and harp music.

On 9 December in the Moscow Humanitarian Pedagogic Institute the Memory Hall dedicated to the nowadays activity of the Russian Imperial House and its history from 1917 was opened with participation of representatives of the Chancellery of Her Imperial Highness Grand Duchess Maria Vladimirovna and Russian monarchists organisations.
On 10 December in the Tretyakov Gallery the exhibition dedicated to Russian Empress Elizabeth was opened. The exhibition will work to 27 March 2011. 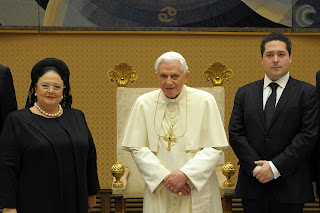